For the past ten or even fifteen years the body positive movement has launched campaigns in favor of loving your body no mater its shape, color or gender. However, in recent times the body neutrality defenders have emerged with a new approach based on the idea of appreciating what the body can do.

Here is the key question which one is better or is it possible to balance both options.

In its origins the body positivity movement defended the concept of acceptance of all bodies regardless size, shape, skin tone or any physical ability. It focused on challenging the beauty standards and the idea of treating everyone according with their self-worth or value not for its physical appearance.

As time went by, the body positive movement fought for more inclusivity in sizes and an equal treat for those who looked different. With the new social media explosion, body shaming grew so the body positivity movement used the same media to show and to empower their bodies and style.

However, as the movement became more and more popular, criticism against body positivity increased. The reason why this happened is because they were centered in sizes more than being inclusive. People of color, people with disabilities or other groups were often excluded in the body positivity´s claim to inclusivity.

Others suggested that even though body positivity´s moto is admirable, sometimes it seems unrealistic mainly for those who are not happy about themselves. 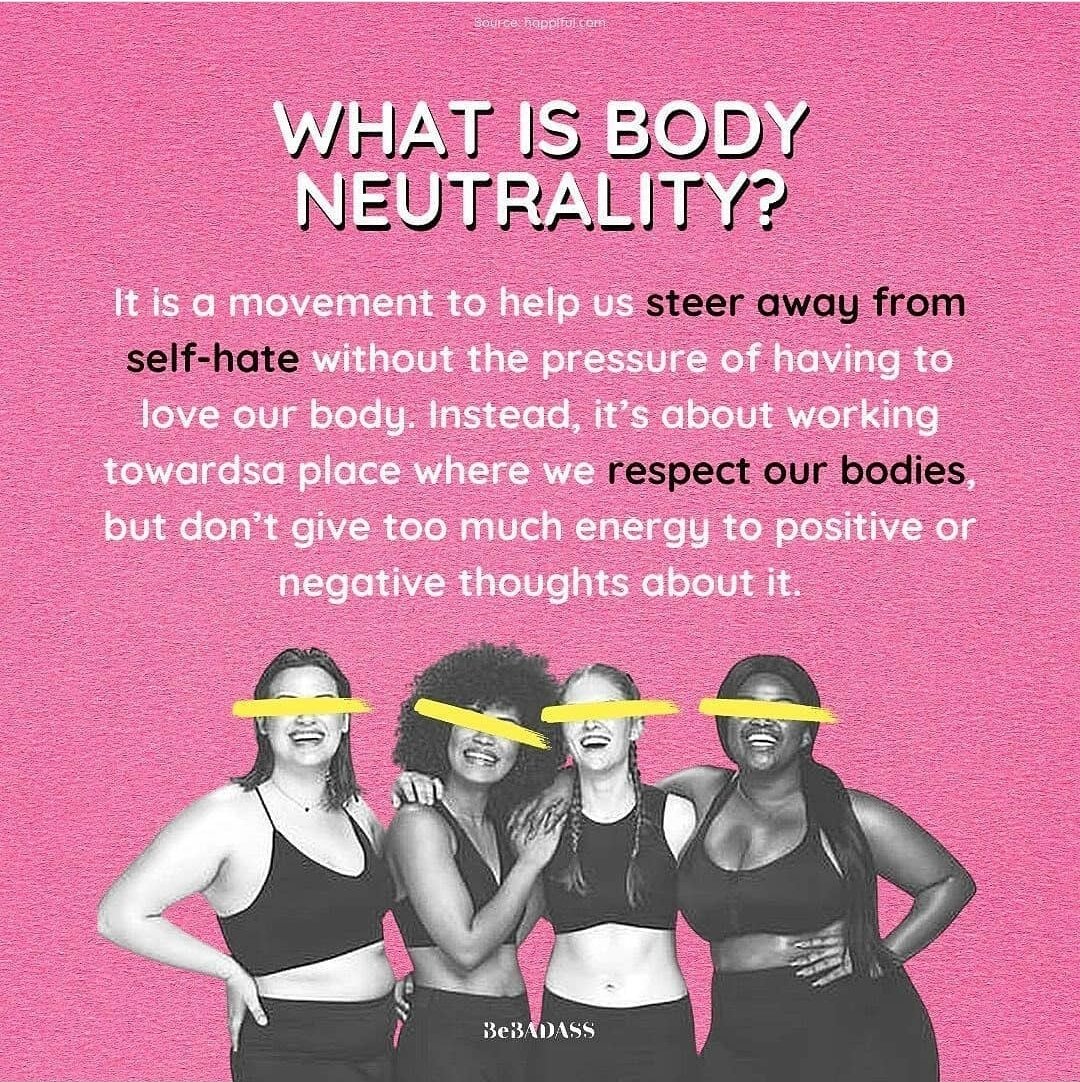 How did body neutrality movement emerge?

Body neutrality is not focused on appearance it implies neither loving nor hating your body, it is like being in the middle of the road between positivity and negativity regarding to your body. The basic ideas are accepting and respecting your body more than loving it.

This movement appeared around 2015 when it was used to balance healthily food and exercise to treat eating disorders: the key concept is feeling neutral about your body. Your body is part of who you are but not the whole you of who you are.

Apart from these concepts there is a fact: our body is largely determined by genetics and that cannot be changed.

The main difference between them is based on the idea of value. The body neutrality movement defends the idea that your value does not reside in your body and your happiness does not depend on your appearance. 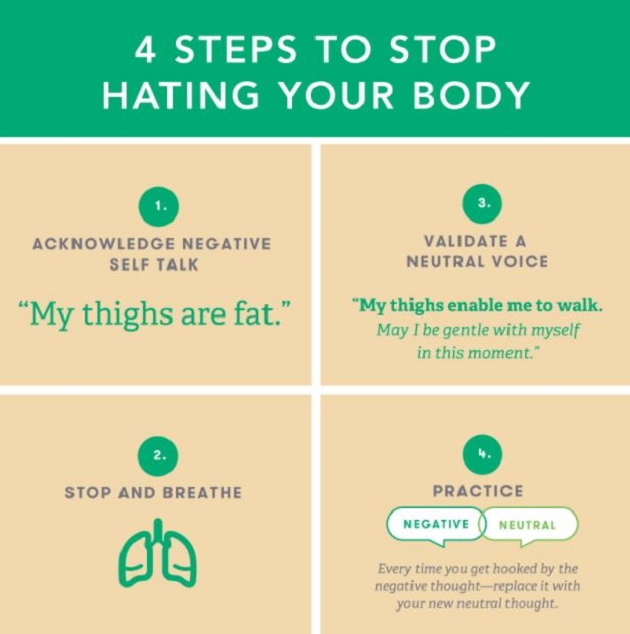 For many years I have defended the idea of brands being more inclusive in their sizes, but I also have accepted my disability and my fat body as part of the real Maria. This is a combination of both movements and I have criticized in the blog the exaggerations of the body positive movement. So, I have been halfway of both. 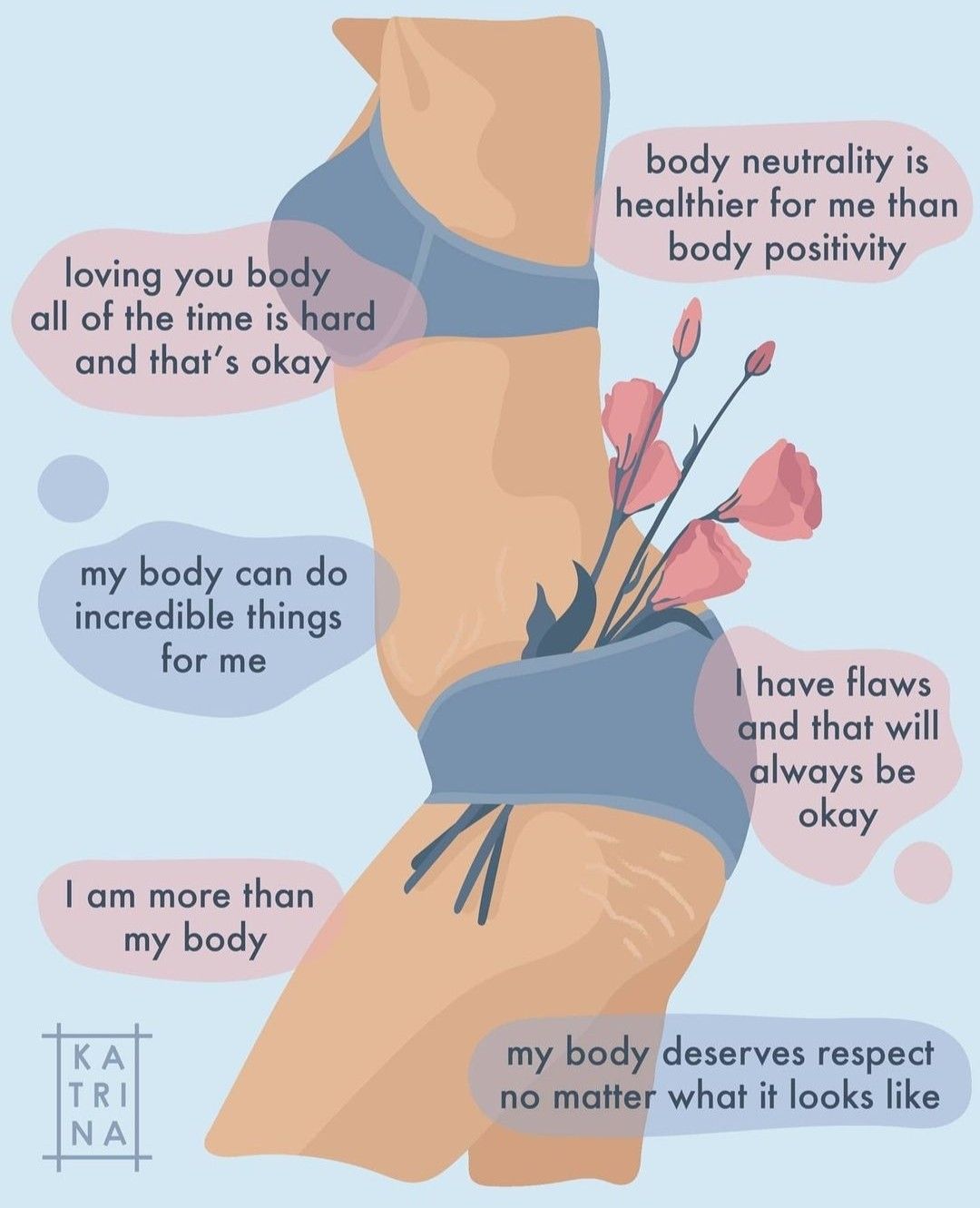 But to finish today´s post I just want to give some pros and cons of both movements.

If you like affirmations, then body positive movement is for you. Positive thoughts can dissolve negative ones and improve your self- esteem. Then this positive thoughts could empower the idea that our bodies are worth no matter our shape or size.

In case you are not in favour of affirmations, then  body neutrality could be your choice.

As I have always maintained, body acceptance and body neutrality is the way to start.  Being positive when you do not feel so makes you frustrated and seems unrealistic. Then, accepting your body without any good or bad consideration, states who you are and seems closer to your real situation.

Then what is your choice?   Blessings and hugs. 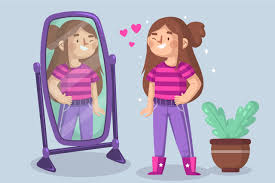